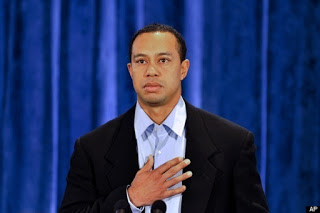 Simple: When you do something wrong, say you’re sorry.  Whether that action was purposeful or accidental, a sincere apology should be offered to those affected by the action(s).  It’s very simple.  Yet, the truth is that it’s hard to do.

We love to watch others mess up, though, don’t we?  We are outraged at public figures who make mistakes – small and large – and then have to apologize in public ways.  Tiger Woods, Bill Clinton, Michael Phelps, Ariana Grande, Charlie Sheen, Kanye West, Hope Solo, Mel Gibson, Michael Vick, etc. have all had to do it.  We hunker down to watch TMZ show us all of the dirt that lead to the apology and then listen to interviews of “professionals” who diagnose the apologies offered.  We are sick people.

On an individual basis, we don’t like being wrong.  Usually, it’s because we really don’t think we’re wrong.  We choose to put our efforts into defending our position, outlining the course of events that lead to the repercussions and to bringing up the twelve previous wrongs of the “offended” party.  We’d rather keep the truth of our wrongdoing to ourselves.

Consider this: How many people do you think do wrong things daily?  Even if 75% of those doing wrong do so on purpose, there are still 25% of those who’ve done wrong without intention.  Why should it be hard for 25% of the population to apologize when a mistake is made?  FYI – that would be about 1.75 billion people.  There would be media coverage and interviews due to the buzz of apology.

In our businesses, why is the act of apology disproportionate?  Specifically, why is it difficult to have senior leadership own their shortcomings?  News flash: There are qualified individuals in senior leadership roles who make mistakes.  Think about the first time you held a new position.  Not just with a new company, but the position itself was new to you.  You’d never been a manager before.  A director, a VP, or a CEO before.  It had to be the first time at some point.  Why would anyone think that someone in a new role would get it all right all of the time?  Apologies should be expected to come.

And pride?  Please.  You’re going to make mistakes.  Own them.  Your pride can handle it, and if you think it can’t, you shouldn’t be working where you work, or in the role you have…or with people.  Own it and say you’re sorry.  You cannot really think that you are the first to make an error, do you?  You think because you’re a CEO, you will damage your reputation or status as a leader by owning mistakes?  Think about what you’re doing to your reputation by not owning the mistakes you’ve made.  Everyone knows already; your screw-ups aren’t a secret.

The other side of the coin is not right either.  Don’t you know someone who often begins sentences with, “I’m sorry”?  Stop apologizing for so much.  When you say you’re sorry all of the time, it’s like crying wolf.  It loses its punch and sincerity.  What about when you really need to apologize?  Won’t it seem like every other sentence?

You may have noticed that the apology is one-sided.  Offering it does not mean the response you’d like will come.  You may apologize and that offended party may not forgive you.  That is not something you can fix.  The other party may need time, may need to work things out, may never come around.  That’s not your responsibility.  Yours is to genuinely say you’re sorry.

Our staff and leadership need to know they can make mistakes, offer an apology, correct the errors and choose differently moving forward.  If the same errors keep happening, even though apologies are offered, it might not be the best role for the person.  Repetition is a great teacher both for the individual and the community.  Giving people room to learn means mistakes.  Giving people room to consistently repeat the same mistakes is foolishness.

Again, saying your sorry is tough.  It’s uncomfortable and awkward.  It’s dynamically opposed to our natural inclination.  It’s a reminder to us that we’re not perfect.  Just remember that we’re all in the same boat.  That will help us to offer the apology from a right frame of reference…and maybe to receive it rightly, too.

Glitz and substance. No, I am not talking about me (though I can understand your thinking).  I am...

Disappointment is a tough emotion.  There isn’t a way to avoid it.  If you’re going to work for a...

You had to know that I would want to use this song for a blog.  I mean, it's the song of the...