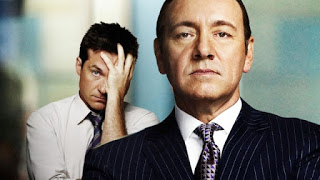 Questions get asked of me often.  Various employees will call, email or walk in and ask, “Do you know that other companies give their employees as much vacation as they want?”  Or perhaps, “What’s our policy on filing a complaint against a manager? I’m just curious.”  Or a classic favorite of mine, “John, will you be a reference for me as I look for a new job? I love working with you, but I hate it here.”  We could share for days all of the various questions we’ve been asked, and trust me that there are some great ones to come still!

One question that’s a bit heart-breaking to be asked by an employee is, “How is it that the people who do the wrong thing (or nothing) get promoted?”  This is an unfortunate question for a few reasons.

First off, what if the person who is promoted is actually a great employee?  The perception of this person being less than stellar is shameful, but not necessarily the asking-employee’s fault.  Why weren’t the successes of the promoted employee heralded previously?  Why didn’t others know of his/her accomplishments or connection to the whole?  It’s a sad state of affairs to be good at your work, but not be seen as such.

Secondly, what if the person promoted hasn’t demonstrated his/her ability clearly?  It may not be a matter of poor PR, but rather a matter of hesitancy.  What if he/she is able but saw that the climate of the workplace is such that doing your job well would mean scrutiny by others?  I have been in workplaces where achievement was frowned upon as it upset the status quo.  It was very middle school in its mob mentality, but it was real nonetheless.  To show others up (which is how it was taken) was the kiss of death and a very clear hit was put out on you.  Other employees would snub you or somehow “forget” to include you in key decisions that affected your workload or process.  Sadly, this is more common than you might realize.

Thirdly, what if the person promoted really is terrible?  Is it a matter of sucking up that got this person the promotion?  How could this occur?  When I was younger in my career, a colleague once told me that “the flakes get promoted to the top.”  What a sad statement!  Such a phrase doesn’t come from one or two incidents.  Who are the people promoting these “flakes” and why do they do it?  It’s frustrating to have to deal with the repercussions of such decisions, and it’s usually HR that has to handle the fallout.

So, how do we handle this?  It’s happening right now and is likely to continue to happen in the companies we serve, so our thoughtfulness around an answer is better to consider now.  Is it okay to simply say, “I don’t know”?  Maybe, but more likely that if this is our answer, we won’t hear from the asking-employee any time in the near future.  Why would he/she be inspired to come to us again when we clearly don’t know what’s going on?

And let’s not forget about tone.  Answering “I don’t know” with a sharp or sarcastic tone will minimize our leadership, the leadership of the company as well as the mission of the organization.  What kinds of people run this show?  Ones that make crappy decisions, who don’t consult HR, who don’t care about the promotee’s influence on work product or culture to date, and who seem to be living in an ivory tower without a connection to what’s really going on.  Yup, we can translate all of that in one sarcastic response or disgusted look.  We don’t need to add to any bad blood that’s already creeping into relationships.

It’s important to not be thrown by the question.  Someone made this decision.  An employee coming to you to ask is correct.  Where would you want them to go?  It should be you, HR.  You should have an idea as to why someone has gotten a promotion.  It’s not about justifying it to the asking employee, but more about you portraying confidence.  If you know, then you aren’t searching for how to feel about it while in front of this employee.  It’s not about agreeing with the decision but about knowing.  The time for agreement should have already occurred.  If it didn’t, then that isn’t a response that should be shared with the asking-employee.

I, too, have been in that office when I was asked about someone’s promotion and I had no idea what he/she was talking about.  Promoted? Who?!  But the trick is to step back and formulate how to approach this.  I could be dismissive about the manager who has been making these bad decisions.  I could cut down those involved.   I could, but I would be very dumb to do so.  Rather, I should look for ways to build a bridge.

Fix what’s wrong in the process.  Take initiative, be bold and introduce solutions.  Then, when the next question comes, you’ll know how to respond.  You can focus back onto the asking-employee and inspire that person in what’s needed to move forward.  Many times, the asking-employee just wants to know where he/she fits; it’s not so much about the promoted employee.  By knowing what it takes to contribute stronger to the whole and thereby be promoted, allows you to be a resource towards advancement.  The questions will continue so make sure the answers flow, too.

It’s very easy to hit auto-pilot on your company’s existence.  There are no big issues, production...

Bend Me, Shape Me

Flexibility in the workplace is not a new concept.  For years, we've heard about it from both the...

You know the situation...you walk into work in the morning and there is a small group of employees...