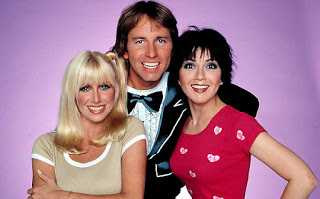 You know when you walk into your place and you see your significant other in a compromising position with your roommate.  And then you stop in your tracks with your jaw dropped until you see that one of them has gotten a bracelet caught in the sweater of the other.  And then you understand the context of the situation.  And it's not so bad.  That hasn't happened to you?  Well, you could just as easily find Three's Company on demand and watch any episode.

The specifics of the situation may change but the overall issue remains the same.  On Three's Company, the plotline was the same - some misunderstanding (usually of a sexual or relational nature), followed by a poor response, an awkward reveal of the truth, and then, reconciliation.  The core issue was mistrust, but the situations that revealed it changed.

In our organizations, we might find ourselves facing the same circumstances.  There is a core issue at hand that seems to reveal itself in what appear to be unconnected situations.  In actuality, they are absolutely connected.  I recently was with some HR pros who were addressing an issue that had come up a few times previously.  The situation was presented newly, but the core issue remained the same.  And what we do in HR often does not push the envelope towards addressing the core issue.  HR tends to seek peace as its goal.  We'll just hurry up and find a quick solution to the situation, rather than the issue, and hope that it doesn't come up again or that the person who continues to pick at the issue leaves the organization.  This is not managing the situation effectively.

What we can do is take the posture of dialogue to reveal the core issue.  Allow the conversation to move beyond the buzz of cliched approaches with which we get caught up - we need to manage this change better, we need to assess our strengths so we know if we've got the right people on the bus, we need to have an outing so that we can unify our team.  Listen, those things can be great, but if the core issue is lack of trust, then none of those recommendations, along with a thousand others like it, won't work.  It will serve as confirmation, in some cases, as to why the mistrust is there.  Cliques, suspicion and faux-enthusiasm become obstacles heaped upon an already tough set of circumstances.

Consider sitting in a room and simply asking, "Who wants to be here?"  What if we start with that?  What if we push the conversation around why people don't want to be there?  In some cases, there's so much damage in the history book that someone might not be motivated to meet in the middle.  If that's the case, then an organization can just keep pouring good resources towards resolution that will never come.  If someone wants out, then sometimes that's the best answer.  There is not going to be a pretty bow around it and that person may not speak well of you or the organization upon departure.  Honestly, oh, well.

Learn the lesson from that situation and understand that the core issue still needs to be addressed with those remaining.  Call it out.  Put it on the table.  Have an honest dialogue about it and understand that all parties might not see the same circumstance through the same lens.  Embrace it, as frustrating as it might be, and ask good questions as to how to handle the core issue.  It's not about dying on the hill of circumstances, but rather fighting to get back to giving others the benefit of the doubt.  As a team, we have to encourage that, but we have to do it from the core, not the surface.

Some of us need to wake up and take stock of the issues in our organizations.  Stop pretending they aren't there, that they'll go away or that it's someone else's problem.  Our job is to address and provide the forum for dialogue, healing and growth moving forward.  We lay out expectations on both sides for moving this forward.  We don't accept everyone's stubbornness; we don't bow to fear.  We don't allow one thing to be said in our meetings and then another to be said at the cubicles.  We push for honesty, grace and truth.

Listen, I recognize how hard this can be in some of our companies.  I know that there is entrenched organizational un-health and the unwilling spirits of employees.  But, I also know that there will only be repeat episodes of Three's Company as long as nothing is done to get to the core issue.  And those episodes will play without a laugh track.

You know the situation...you walk into work in the morning and there is a small group of employees... 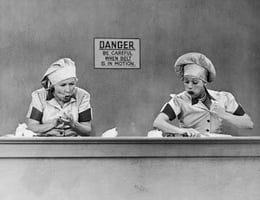 Rating people is tough when you've got to put it on paper.  It's one thing to talk about someone,... 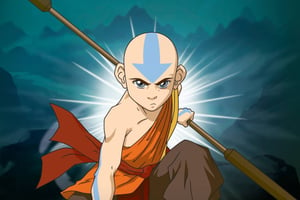 It seems that the COVID pandemic has brought out some interesting (safe word) binge-watching...