Got ’til It’s Gone

“Noooooooooooooo!”  That shout when one of your key employees gives his/her resignation.  Two weeks, of course.  Confusion, fear, frustration and panic set in.  What will we do?  Why is he/she leaving us?  Who is responsible for making this person quit?  Let’s find that person so that we may substitute one separation from the company with another!

It’s no fun, but it happens.  Besides the knee-jerk reaction, there are important questions that should be asked:

1 – What led up to this person’s departure? – There were warning signs, even subtle ones.  Longer lunches to perhaps squeeze in an interview?  Wearing nicer ensembles to work? A definite change to communication patterns?  Less willingness to do that little bit extra?  Think back.

While reflection may not change the outcome, it is important to become better at identifying the signs for the future.  Being oblivious is not okay when it comes to talent management.  In the full picture, it’s critical to manage your talent effectively, which includes observation and action.  Asking yourself, “What should I have done?” is fine, but asking, “What can I do now?” is better.

2 – How effective has support and accountability been? – Odd question, perhaps.  Truthfully, it’s often the case that someone leaves because he/she feels like so much work and effort has been done by him/her without reciprocity from other team members.  Accountability keeps everyone honest.  It also keeps dialogue going regarding areas of drop-off.  Support and re-structure can be offered once those details are known.

3 – How will we get the knowledge about processes, systems, compliance, etc. out of his/her head and into someone else’s in the organization? – I often joke with a new employee when introducing him/her to a seasoned veteran of the company that the veteran has probably forgotten more than the new employee will ever know.  There is truth to this, though.  If someone has been with the organization for years and is truly a key employee (not just dead weight that has been allowed to fester for decades because no one is brave enough to do something about it…ouch!), then the knowledge along with the nuances of history are hard to replace.

Effort needs to be put into mentoring and coaching opportunities regularly.  To try to get all of the knowledge out of someone’s head who just gave his/her two weeks’ notice is silly.  It won’t happen.  By establishing it as a normal business practice avoids panic and an unreasonable  burden of “data dump” between the leaving and the staying employees.

4 – Is the position needed? – Nothing says “Don’t let the door hit you….” then when you realize you haven’t needed that role for some time and have no intentions of filling that role.  But it’s true!  Out of our busyness or sheer laziness, we haven’t looked at role effectiveness.  Perhaps a resignation is a gift (for a variety of reasons, I know) in this vein because we can be forced to look at structure and process.  Does this role push the mission for the organization?  Is there overkill in the management level of the org chart?  Or, the real kicker, measure the results of that position.  If it’s not acceptable, was that because of the person in the role? Or because you don’t need the role?

5 – What will the ripple effect be, if any? – “Who’s with me?” For those of you who’ve not seen the movie “Gung Ho,” watch it.  Besides the datedness and the stereotypes, it deals with productivity and cultural issues.  A rallying of the troops as a result of someone leaving can be crushing, of course.  Walk outs or just a couple more resignations can affect morale deeply.  Repair won’t be overnight.

Proactively engaging a couple of layers of managers and directors will thwart one person from having such power.  Even if a key employee leaves, the communication channels would have been open to more than merely that supervisor.  If I can approach my manager, my director, my CEO as well as my team, then the departure of that manager won’t seem as “end of the world” as if he/she was the only superior who knew I existed.  Be visible, be communicative, be real.

Overall, it’s wise to care for all employees.  It’s very wise to care for those key employees.  Know what they need.  Know why they need it.  Know how support can be given.  BUT, measure effectiveness, too.  We’re not prisoners.  We don’t have to be held hostage by a key employee.  Figure out why and how to get the information out of his/her head and into others’ heads.

And to be truthful, a healthy resignation can do wonders for a company, too.  Jus’ sayin’. 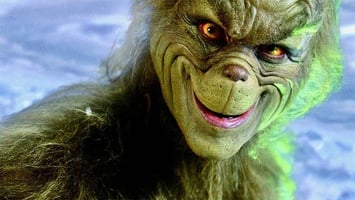 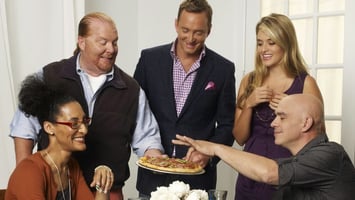 (Why You Gotta Be So) Rude?

Positivity is so…positive. When I am referred to as the warm, huggy HR guy (stop laughing, it still... 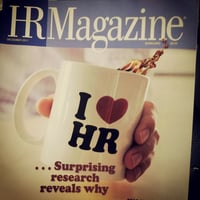