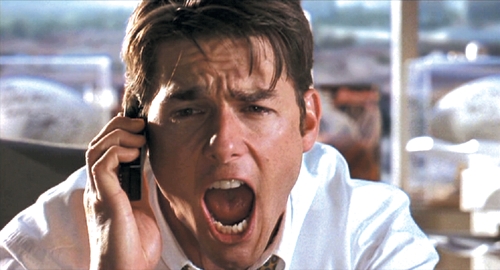 I can remember the actual conversation where, as an HR professional, I told an employee that he was replaceable.  I gave him a dose of truth and challenged him to share with me who had told him otherwise.  The mess he was making in his department was not acceptable, he had been told on previous occasions and there was no more patience for his nonsense.  I escorted him to get his things and lead him out.  Sounds okay, right?  Maybe?  Some context - it was my first firing.

I was not trained on how to do it.  I was not encouraged to check my feelings at the door.  I was not given a trajectory to follow.  I just marched into the conversation saddled with my attitude and my righteous conviction.  Honestly, it was lots more about bravado for me than it was about using this as an opportunity to teach.
While the reality is that there are some roles that have high turnover and replacing employees is standard protocol, does that mean the individual is replaceable or just the role?  I can hire someone to fill the role of telemarketer, for example, but can I find another "Joe" to be that telemarketer?  Maybe not.  Maybe I should be happy that Joe is out the door and I don't want anyone like him in the building again.  Perhaps.
One of my professional credos is to leave a place better then when I got there.  There are many arenas to do this in, but an exit strategy for terminating employees?  I had not given it any thought as to how to leave employees better than when they got there until later in my career.  Think about those last words you share with this employee, even in difficulty.  Can't a deposit for his/her betterment be made?  This is not about being altruistic or sugar-coated, but rather a collective effort to improve the workforce.
Not every firing will turn into Jerry Maguire.  You know, good-looking, self-centered sales person fired in a public place so as not to make a scene, who then finds beautiful woman who believes in him, and he finally realizes how much he needs others in order to be truly successful.  Let's count on one hand how many times that really happens.  Most encounters just end a business relationship.  "Joe, as you know, you've not met our standards.  We've talked about this before and unfortunately, we have to let you go.  Today is your last day.  Please get your things."  The facts may be true, but where is the take-away.
With litigation and fear gripping companies, we are afraid to say more.  If the employee has not met standards and he/she knows about it, then bringing it up should not be a surprise.  "Joe, as you know you've not met our standards.  Here at ACME Company, we expect 250 calls to be made per day and you average only 150 calls.  To be successful in this role, those calls are necessary for you to make."  Feedback along with the termination gives the employee something to walk away with and consider.  "If I'd have made those calls, this termination might not have happened.  Why couldn't I make those calls?"
Now, listen all you nay-sayers, I get it.  What if the person doesn't have that conversation in his/her head?  My answer is simple - that's not your problem.  If a terminated employee cannot take the time to be introspective as he/she pursues a new position, then there is nothing you can do about it and it's likely to be repeated in the next role.  What I am suggesting is offering the feedback clearly.
I understand that roles can be filled, sometimes easily, but we should do what we can, even in small parts, to encourage people to not see themselves as easily replaceable.  Each person has value and needs to focus in on the competencies he/she possesses.
Beyonce sings "go ahead and get gone" in this blog's title song, but there are parts of the song where feedback is given.  While I would welcome the opportunity to be Beyonce's new man (don't worry - she's not asking), the fact is that she has someone she feels fits the role of life partner.  I'm sure there were others who tried, but if she sang "Irreplaceable" to them, I gotta believe they had lots to mull over and perhaps they are better husbands/boyfriends now. 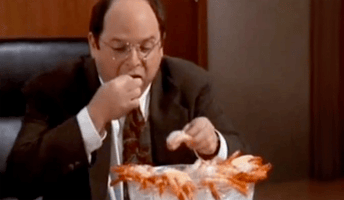 Sharing stories while speaking at a conference is commonplace.  It’s such a good conduit to...

When Ross and Rachel “took a break,” the reality that the relationship might not last started to...

Romanticizing the path from being alone to being connected is a Hollywood plotline staple.  It’s...