If you want to learn something about me that is vital to understanding me, it's this: I am obsessed with Billy Joel.  Awkward, yes, but it's mostly because of his music.  As a kid from South Philly (for those of you unfamiliar, this is the area where Rocky was filmed and takes place), I connect with his blue collar songs of pride, hard work and a good time.  However, this particular song throws me for a loop.  It's gentle in musical effort, confidently humble in lyric and sung with hubris (I bet you didn't think I was smart enough to write with such vocabulary).  Few words and understanding of the moment are valued.

Timing in employee engagement can operate in a similar manner.  Sometimes, it's quite nice when few words need to be said.  Obviously, I don't mean this romantically; it's a matter of impact.  Growing up, my dad would just have to give me the "look."  Do you know what I mean?  If we were somewhere and I was misbehaving, he just shot me the "look" with no words or other movement.  This look meant "I will hunt you down once we leave this place.  You won't be able to hide.  Run, if you dare, but I will catch you and destroy you" (if you can say that in Liam Neeson's voice, then you've got the idea and the shivers, right?).  There are times that no words are needed.

In Human Resources, we may have grown accustomed to talking.  Some of us may have grown accustomed to talking lots.  Some of us are unable to shut up long enough to read this post.  Listen, I'm serious.  Some of us take the constant message-giving role and can't stop it.  We don't know how to listen and feel out a situation anymore.  To go deeper, some of us have lost jobs because of our know-it-all, share-it-all, disapproving demeanor.  Some of my HR colleagues have had their marriages dissolve because they couldn't shut down the policy-laden diatribe; a spouse can only deal with that for so long.

To be present in the conversation or the engagement means a bit of tenderness sometimes.  So what does tenderness mean?  Am I to be some sort of mamby-pamby HR cry baby?  Tenderness is an art and a skill.  It has to be practiced.  It does not only exist in a romantic context, but is applicable to the larger relational context.  Engagement is tied to being heard and respected; Jim Whitehurst of Red Hat talks about this being a necessary tenant to retention.  When employees can exist in a space where mutual communication is encouraged, but there is also an example of that communication being set by management, then the culture is impacted appropriately.

Sometimes, just because something can be said doesn't mean it should.  As an HR professional, I have taken the time to develop managers' ability to read situations.  You know, it's like the post-Olympic race interview to the US athlete who's just taken fourth when he/she was expected to win.  The interviewer eventually asks those dumb questions: "Are you disappointed?  How are you feeling?"  Seriously, Costas?  What do you want the athlete to say?  "No, I'm thrilled that I just blew it for our country.  I mean, after four years of training constantly, my hope was to pull a fourth place finish."  Leave the tender moment alone.  Sometimes you just cry with someone.  Sometimes you just shut up and sympathize.

One of the worst times in my early career was having to deal with an employee who suddenly lost her spouse.  There were no signs of issues and he was in his early forties.  When she shared what had happened and was requesting time off to handle affairs, I offered my condolences and then launched into a filibuster of poetic nonsense and uneducated counseling.  This employee did not need that; she needed me to acknowledge what she was asking for and to just be present for her.  Showing silent support can sometimes be the loudest, deepest message.

But let me also bring this to a less emotional level.  If you find that, in any meeting, you are normally the one with the most to say, you are doing something wrong.  Your words are ineffective and they leave you seeming foolish to your co-workers.  C'mon, you have to know that you are the person that everyone else is rolling their eyes about when you're not looking.  You are the one that post-meeting emails are being sent about.  You are the one who is diminishing your brilliance by your verbosity.  Pay attention to your environment and know when to just let one simple sentence simmer in the room.  That can be exceedingly impactful.

Understand that I share these things to encourage us as HR professionals.  I can use where I have failed in my past to point to a better road.  I know how hard it is to refrain from sharing everything you know.  I know that there is fear that you may never have the chance again if you don't say something now.  Seek to be more present by allowing your words to be influential rather than inconsequential due to their overuse.  When you engage with employees, listen first and more often than you speak.  You work for the company and your responsibility is to your employer, but your finesse in understanding situations and engaging employees is needed for the good of the company.

Listen, Billy said it best: "Just when I ought to relax, I put my foot in my mouth."  I have tasted every area of my feet for as much as they've been in my mouth.  It's a terrible taste and an even worse consequence to the relationships for which I have been entrusted.  You don't need to keep training, advising, correcting, or coaching with words all the time.  Understand the moments as they come and breathe.  You may find that breathing through them influences a right reaction rather than using all your breath to talk through them. 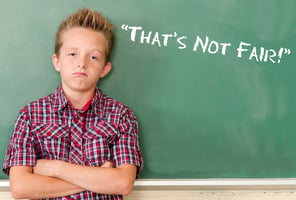 It’s unfair. A stance I’ve heard in a professional setting for almost 30 years. It’s come out of...

The Boy is Mine

Fight for your love, right?  It's Valentine's season.  It's all about love.  Actually, it's been... 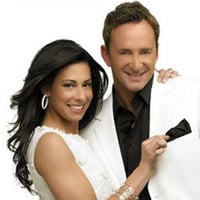 This Used to be My Playground