Developing camaraderie at the workplace can be a bit daunting. Think about it from the new employee perspective. What might someone see about rapport development at your department or office? Is it easy to jump in? Is it exclusive? Is there a pecking order?

The great Ed Asner passed recently. Ed was an actor on one of the best workplace comedies ever made – The Mary Tyler Moore Show. As Lou Grant, Ed personified that curmudgeon-softie-boss character perfectly. That cast illustrated an office staff of various personalities working together to produce a compelling daily newscast. Add to it extraneous relations dropping in at Mary’s apartment and deepening work friendships, you create a story of paranoid and problem-solving colleagues making their way through life.

It would be foolish to look to that show as a template for your work environment. It’s not foolish because “The Mary Tyler Moore Show” was, well, a show, but rather, that watching a workplace unfold is very different than being a part of a workplace unfolding. The endearing quirkiness of the show becomes an exasperating annoyance in real life. It’s not cute. The characters aren’t lovable. And the work to build rapport isn’t valued.

So, how do we better approach workplace rapport development?

Firstly, remember those characters you work with are real people. Those real people have real feelings, real issues, real strains, and real expectations. Their problems may not be yours, but they influence your workplace. Ted Baxter’s poor self-esteem took extra time to address on the show. In real life, Ted would likely have not lasted at that job. He was an albatross around the necks of too many hard-working coworkers. However, Ted is an example of how one person’s feelings and issues affect rapport development. Ted was someone to run from when he came into the room; and if you couldn’t run, you could at least roll your eyes and shake your head in disgust. Those reactions set a tone.

One eye roll prompts another. It’s a pattern of acceptable responses learned at the workplace. Truth be told, you will eventually be someone for whom eyes will roll. Whether prompted by a word of praise you receive or your struggle to master a task, eyes will roll.

Consider those real people who are bringing their real traits to the workplace. You don’t have to like them, but you do have to work with them. And unless there is something illegal, a violation of the employee handbook or generally toxic behavior, improving rapport development will benefit you.

Secondly, decide to emphasize the positive. Consider what good someone in the office, in the restaurant, or in the warehouse brings to the table. You may have to stretch your mind a bit (for some, a lot) but chances are there will be at least one thing. Widen the view you have on that particular truth as you relate to that colleague. Bring up examples of  that trait, talk about how it can be applied more at work and tell positive stories to others (within earshot of that colleague) highlighting how you noticed that quality in them. Often, that colleague will also start to look at herself/himself/themselves through a similar lens, at least while at work. That’s a good thing!

And lastly, you’re not that wonderful. Ugh, this one stings. You see, your viewpoint is singular and because of that, you likely see things as they impact you and just you. It’s not intentional but natural. We are self-preserving creatures so labeling and defining others provides security for us and allows us to prepare a conversational response. Understand that your assessment isn’t necessarily wrong, but it is biased. Your personality and your past experiences, including tragedies and other bad circumstances, will influence how you receive someone. Own that and know you don’t have the only right perspective.

There are times factions occur amongst a team. Often, they are born out of shared views of other people. Three colleagues dislike so-and-so, but you and a few others like so-and-so. That’s going to establish sides. The strength of those sides will vary, but they will, at the very least, influence rapport development. Everyone can’t be right, but everyone can be heard. Work through those relational hang-ups and foster basic respect amongst colleagues. You don’t have to be best friends with everyone at work, but you should try to get along!

And while we may never work with a lovable, quirky crew like the team at WDJW on “The Mary Tyler Moore Show,” we can create a baseline for healthy rapport development. You can find someone to grab a meal with, even a few with whom you can laugh and cry. Whether in-person or virtually, put some spunk into building rapport and make a positive difference in your workplace.

I Ran: Stepping into Developing Others and Walking Away from Territorialism

The idea of developing people is a profoundly appealing desire. No matter the background, people... 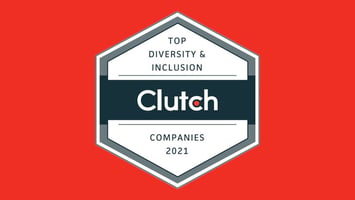 At Humareso, we will handle all facets of employee management and business development for your... 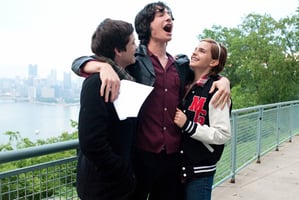 Don’t Tell Me: The Rebellious Need for an Employee Handbook

What is it about rules that just rub many of us the wrong way? The idea of someone or some...