When Saturday Night Fever hit the theaters, it was magical. On a huge movie screen stood a cool guy who could dance. Tony Manero (John Travolta) had everything going on. He had the moves, the hair, the ladies…what more could an Italian guy want in 1977? The movie was a smash, the soundtrack is the GOAT and Travolta a star. And as we often do when something works, we try to extend its popularity. Hence 1983’s Staying Alive. Where the first film was legendary, the second languished. Forcing Tony Manero to be relevant in a world that had changed significantly in five years was obvious and embarrassing. Tony didn’t keep up so well anymore.

Welcome to the Federal Government. While it cannot be argued that the Fed was once as cool as Saturday Night Fever, it can be said that it has not kept up with a changing world, though trying to market itself as having doing so.

Now, lest you read this as only a gripe, it is, also, meant to be read for awareness. The mixed messaging might affect your teams and confuse leadership. It’s people managers who need to keep the direction clear. It’s line-level supervisors who practice consistency for the benefit of organizational culture. It’s the human resources department that ought to drive organizational relevance. Our people matter and need to know that even if the federal government isn’t keeping up with everything, the company is! 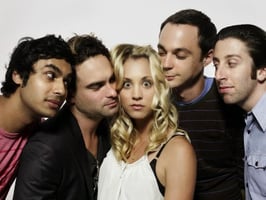 Freaks Come Out at Night

Almira Gulch.  What a name.  It's fraught with constipation and furrowed eye brows.  And while it...

What does talent really cost?  That's a great conversation starter with a CEO or CFO.  "Too much"...