Dance 10, Looks 3.  In “A Chorus Line,” one of the dancers auditioning for a spot in the chorus reveals why she transformed her looks.  She was given highest marks for her dancing abilities, but not so great marks for her appearance.  So, she went out and got some “work” done to up the game on her looks.  As   shallow as that may seem to you, she did not see it that way.  She saw where she wanted to be, saw what it would take to get there and saw what type of people she’d have to go through to succeed.

And for that dancer, the gift was insight into its construct.  She viewed her feedback.  She got the chance to peek at the review cards and notes made by the director.  He didn’t offer them to her, but she knew that success was eluding her.  And she had to know.

Many of you have likely been schooled by your HR department to not write notes during an interview which might seem discriminatory, and rightly so.  And while being off-the-record to let someone know that his/her looks are a 3 is ill-advised, some viable and applicable feedback to candidates and to employees looking to advance is important.

Unless there is a BFOQ (man, I love working that in every so often), it’s not likely your real feedback is that you’re not pretty or handsome enough.  However, those real reasons why someone isn’t qualified or eligible for the role should not be a secret.  Feedback other than “you’re just not a fit” will help to respect the hiring process and the candidate experience.

Too often, we avoid talking to the candidate altogether.  We just send some obnoxious, impersonal email after the person’s been through 4 interviews.  Really?  We took hours of his/her time and we can’t finish with a conversation?

Many times, I have had the opportunity to share with someone the reasons he/she was not selected for the position or for the promotion.  There is actually a way to share that can illuminate and motivate rather than insult and deject.  Paint the full picture. If it was close between two candidates, then let the non-chosen one know that.  If it was not close at all, let the person know that.

When I tried out for baseball as a kid, I made the team.  However, I was not the best player or even an average player.  I made the team because they needed a certain number on each team and I was personable.  If we have to have 12 on the team, then at least pick someone who is funny, nice, kind, etc.  So, while I would have loved to be the next Mike Schmidt (actually, I wanted to be Larry Bowa at shortstop), I accepted the positives that I brought to the team and learned to improve some of the skill areas I needed to.  My coach was (brutally) honest with me.

Find the right level of feedback.  Share assessment results, highlight function areas of improvement, give examples of communication struggles, provide guidance for the next interview whether with you or not.  Honest, productive feedback will reflect on the culture of the company, too.  There are candidates who will leave an interview process where they did not get the job, but they are committed to landing the next open role you have.  The experience won them over to the organization.  That’s a great candidate!

Talent doesn’t just grow on trees in the shape and variety we desire.  We should be more aware of the cultivating process and responsibility we all have.  How do we do that?  Get together with legal, HR and management to devise a plan for feedback.

It’s worth noting that sometimes our feedback will seem hurtful.  Think long term.  If I wanted the lead in the next big Broadway musical, I will likely not get the job.  My desire is there; my training is there; my commitment is there.  What isn’t there, though, is a basic ability to sing on key.  For my own career plans and time commitments, I would need someone to tell me this.  Yes, it will hurt in the moment, but it would save me years of frustration.

Oh, and yeah, there’s no surgery to get me to sing on key…I’ve looked into it. 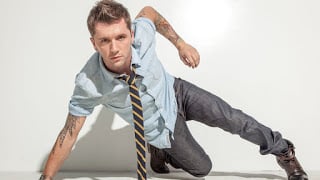 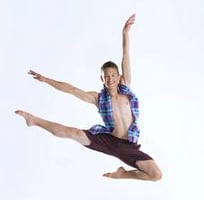 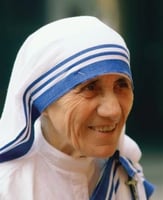 You might want to watch the video and listen to the song first.  Get the blood pumping.  A...