While the Oscars of 2022 will likely be known for “The Slap,” there was another poignant moment that was here and gone in a blink. It was part of the opening monologue from Amy Schumer, Wanda Sykes and Regina Hall. Amy quipped that the three of them were hosts “because it’s cheaper than hiring one man.” Ouch. It was met with much laughter from the crowd because, well, there’s truth to it.

The United States still trends generally at 80% compensation for women compared to men. For those for whom math is terrifying, that means for every $1.00 a man earns, a woman is earning about $.80. The data was, and still is, researched and shared through various resources. It would be difficult for an organization to feign ignorance. How can there be disparity of almost 20% that remains unchanged?

Let’s be clear about compensation analysis and pay equity analysis to help answer that question. Compensation analytics is about external market research and survey studies. It is about finding out how the competition is paying for talent. The ranges of pay based upon the work being done, the displayed competencies of the individual as well as the actual level of the job are all influencers to the market analysis. If you merely go by the job title, you are not going to have accurate information. At all. No, truly, it won’t be right.

Pay equity is about the way in which compensation is given within the organization. Perhaps there are differences in who starts at a certain point in some of the pay ranges. Maybe someone starts at $46,000 per year while another starts at $48,000 annually. There can be clear difficulties in justifying why two people doing substantially similar work are paid differently. Areas of experience and used competencies are valid reasons for differences, but these are not often defined and harder to defend.

Further, it is not enough to justify pay equity practices by affirming the rate of increase being the same across the department. If someone starts differently than a similarly qualified person in the same role, then a 2% increase annually will keep them apart indefinitely. That may not be equitable. And too often the inequities are seen in protected classes of people. Bias is there.

In new research, 66% of 5,500 companies surveyed by the compensation data firm PayScale said they plan to conduct a “pay equity analysis” in 2022. That’s a 20% boost over last year. That’s good news, or is it? Merely doing the analysis does not necessitate change. I might plan to conduct a health analysis on myself to determine where I am unhealthy, but that is not the same as doing something about it. We can know something is wrong and not doing anything about it. The one-two punch is to do the analysis, both internally (pay equity) and externally (market benchmarking), and put a compensation plan into practice. You may not be able to fix everything at once, but you will have a clear trajectory of what has to be done. You can put parameters around it based on time, resources and updated analysis.

Equity in compensation, for any organization committed to diversity and inclusion, is a must. Should we remain content about it? Is it a joke? Let’s affect next year’s Oscars monologue and take this line of comedy off the table.

John founded Humareso to strategize with companies to develop plans to manage talent, recruit for skills gaps based on employee inventories, assess markets for growth, develop long-range succession plans and influence a culture of enthusiastic buy-in.

What Makes You Beautiful

Stop screaming!  No, I don't mean because of your stress at work.  I mean, because I just used a...

Blame It On the Rain

Deflection is an art. We can really get great at showcasing our ability to deflect responsibility... 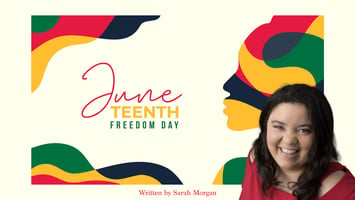 Juneteenth Is Coming - How to Do It Right!