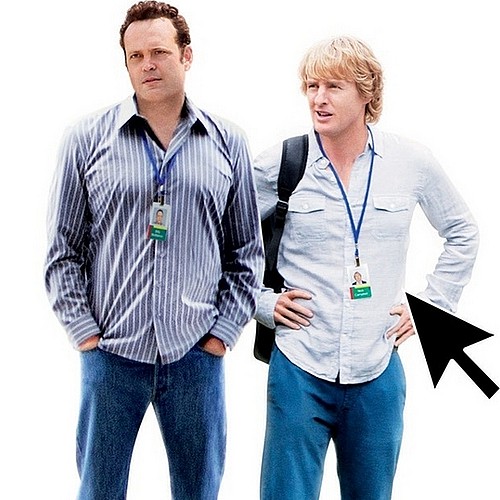 The previews for the movie, The Internship, already have me laughing.  I mean, getting in with Google's intern program is awesome, but to do so as Owen Wilson and Vince Vaughn means hilarity will ensue. They say too much, share too much and expose too much.  So, it's a reality movie.

In the recent interviewing I have been doing for a variety of roles, I have found a few elements bubbling throughout which are very much from the movie.  Some candidates are sharing too much.  I don't mean as far as work-related or skill-related sharing.  I mean, telling me about a child's soccer team drama, a parent's goiter issue or a previous employer's unknown legal issues that could be brought to light.  Why are you telling me this?  I have kids, parents and previous employers, and I guarantee you that I will not be joining you on that path.  An employer wants to know what you can do, not the issues you swim in.

Too harsh?  I know there are some reading and thinking, "Well, I have to use those vignettes to show my personality so cultural fit can be known."  OK, let's say I give you that.  Where is the culture where town-league sports politics, parental health abnormalities and threatened extortionistic testimony is upheld?  If you find that place, please tell me so I can avoid it at all costs.

Candidates, be just as planned with the "personality" sharing as you are with the skill set sharing.  Put thought into what you will share and what you won't share.  The passing introductory mention of a love of the Phillies, for example, is fine as you and the interviewer take a seat if the initial conversation allows for it.  But don't throw it into the mix between aptitude and knowledge-related questioning.  I know that it's public knowledge that I am a Phillies fan.  Trying to bring it up forcefully so I can know that while you are floundering in the main questioning won't work with me.

And yet, I know that there are employers conducting interviews that spend too much time talking about the unrelated rather than the core competencies.  We like the "buddy" that can fit personality-wise and forget that there is actually a job to do.  Again, too harsh?  Consider the amount of complaints, lawsuits, and online write-ups from former employees concerning bad conditions, poorly explained job requirements and terrible management.  Who hired these people?  Someone interviewed them and hired them.  Regardless of whether every former employee is right in their post-employment view, initially he/she was hired for a reason.  There was something in the candidate that made someone hiring said, "yes, a fit."

The challenge is to be mindful of the talk.  What is it that you're talking about in an interview?  Why are you talking about it?  If you are the employer in the interview, consider this progression:

I am not trying to be overly-simplified in approach, but this short list might be enough to get an employer started on a right path of interviewing.  I would suggest a deeper dive once this progression is more comfortable and used.  There are some other techniques and tools to accompany this basic outline.

I have no doubts that the movie, The Internship, will be hilarious or at least have funny parts (let's be realistic), but in our organizations, we aren't hiring funny necessarily.  We're hiring for skill, for knowledge, for abilities, for fit - all of it.  The candidate ought to be looked at through the lens of growth - Can this individual make a positive difference in the advancement of our mission and vision?  How will he/she do that?  How has he/she demonstrated that previously?  It's a good flow and perspective to write down and keep in front of you as you interview.

Hold onto those questions that aren't job-related for another day down the road.  Like the company barbecue.  Nothing like chowing down on some ribs while asking an employee how his mom's goiter is doing.

Cat videos. I can’t believe that the best we can do with the power of the internet is fill it with...

There can be a catharsis when you quit your job. Being able to share that you are not fulfilled... 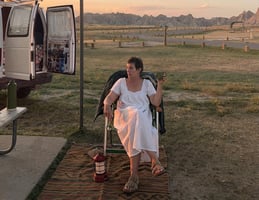 Me: Taking Perks to a Specialized Level

“The perks, baby. What about the perks?” Ah, just love those candidate questions during an...